Boris Badenov is a character originally appearing in "The Rocky & Bullwinkle Show" who was adapted for "The Pussycats" series as an antagonist of the Team Pussycat. 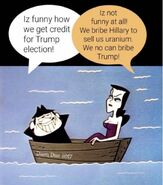 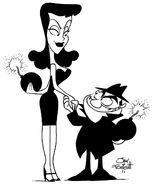 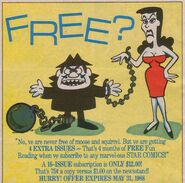 In "How to Cheat the Cheka" episode.
Add a photo to this gallery
Retrieved from "https://fanongarfield.fandom.com/wiki/Boris_Badenov?oldid=6425"
Community content is available under CC-BY-SA unless otherwise noted.